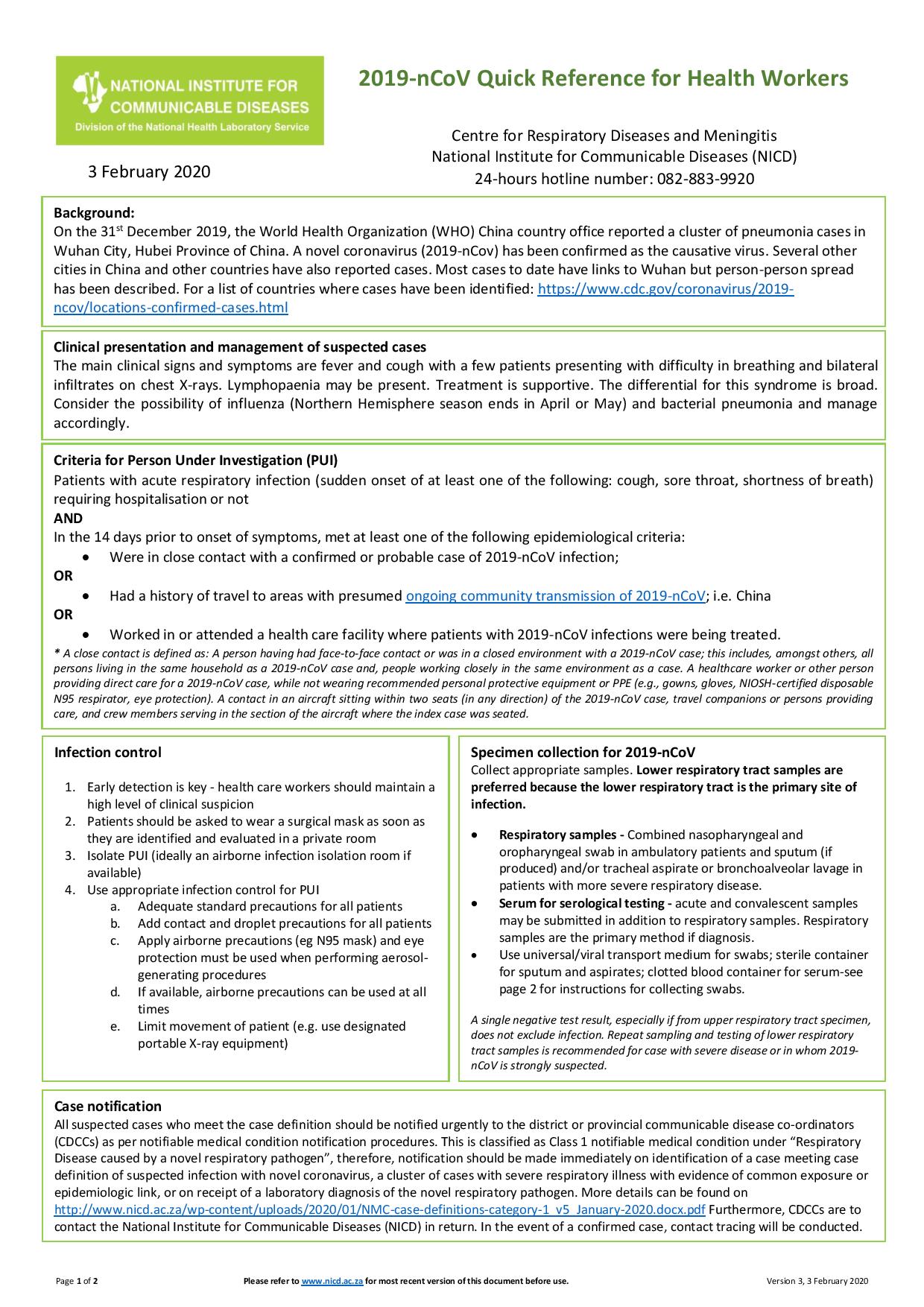 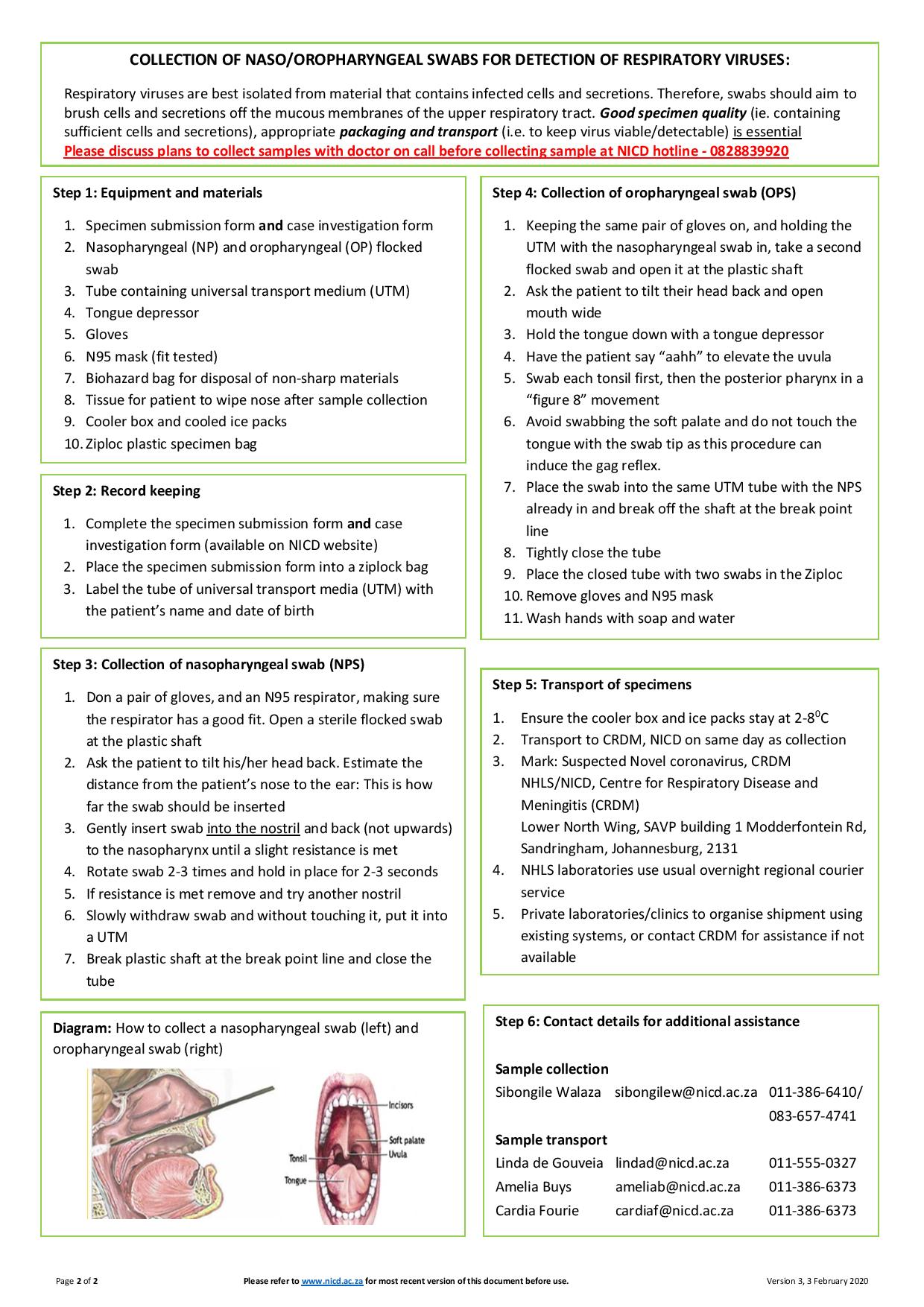 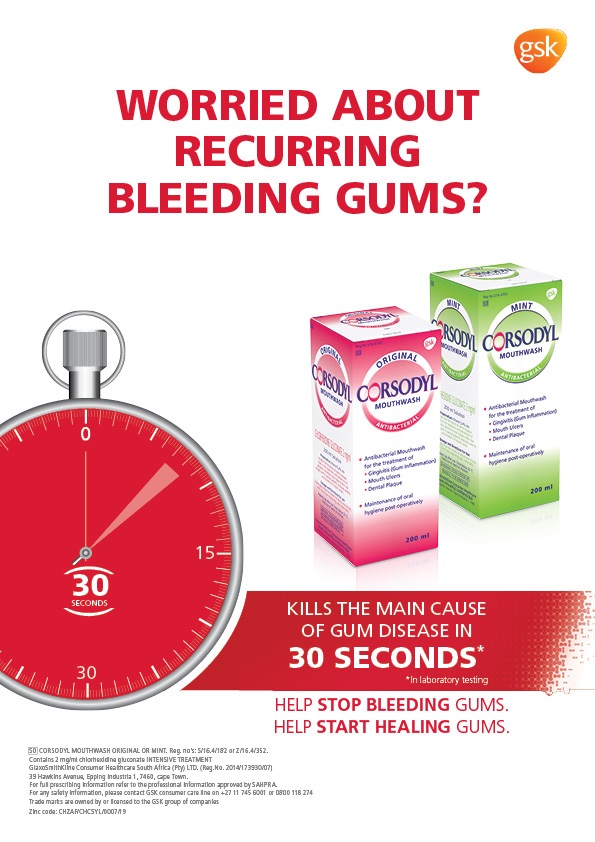 We appreciate if you and your organization distribute this message to your members and encourage them to take to complete this simple, multiple choice survey in the next 45 days, with a deadline of November 15th.

It only takes 5 minutes.

Here’s the link for respondents to use: https://www.quicksurveys.com/s/Lt5f3

This is the first of a 3-part survey series using Survey Monkey through the end of 2020 (approximately one survey every 6 months), which will provide insights to help us identify opportunities for educational programs. We thank P&G for their support of this program. A summary of results will be jointly developed by IFDH and P&G to post online, share via social media and use in educational programs.

Thank you for your support of this program!

Visit our web site at www.IFDH.o

Thank you to the UWC and UKZN Team, Colgate teams from KZN and WC, Johnson & Johnson, Wright Milliners, BOH 111 UWC and our graphic illustrator Pravar Naidoo for their contribution towards the success of this program .

A victory to the entire Sparkle Team. 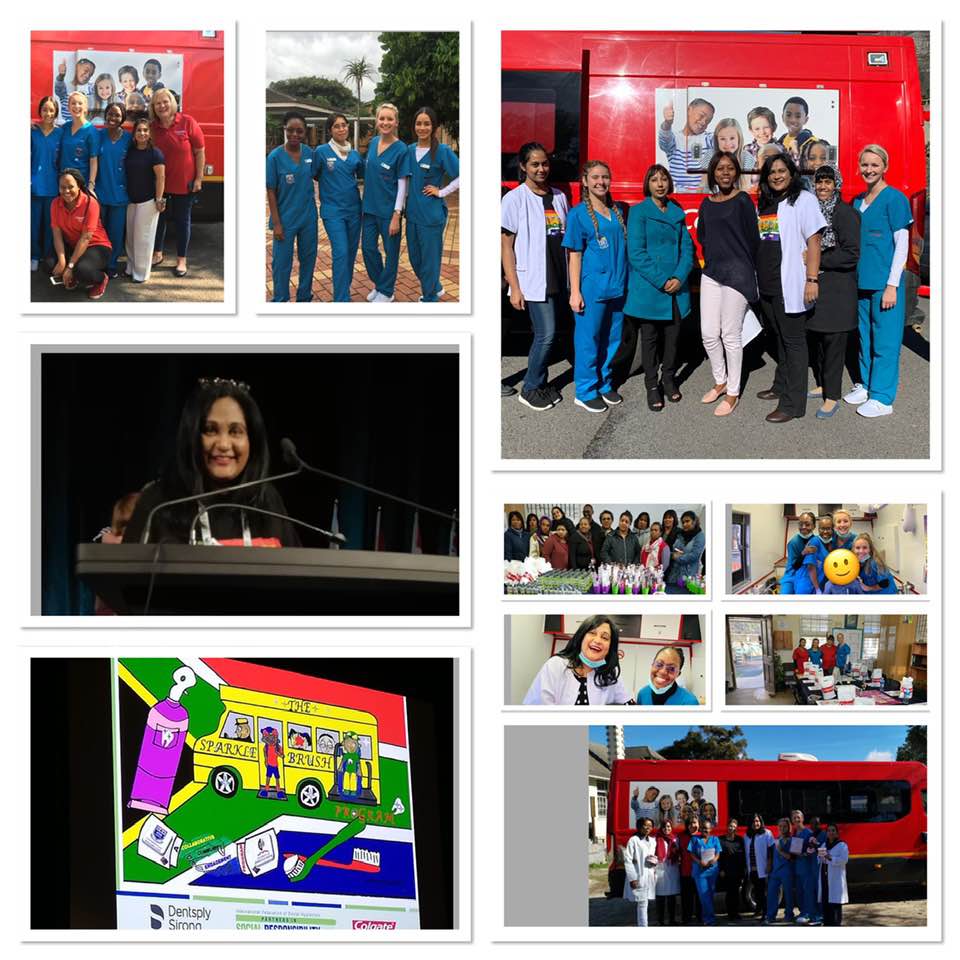 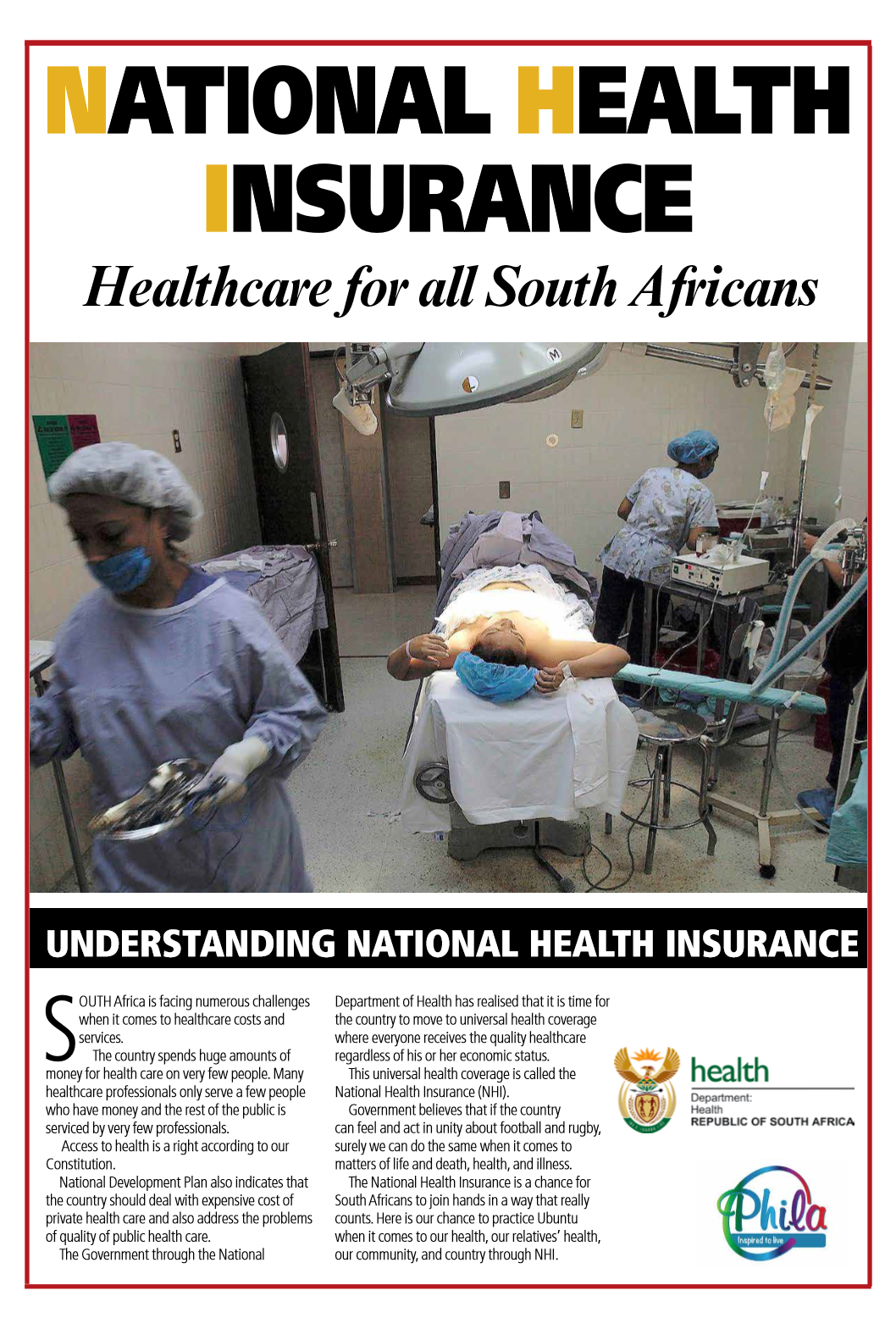 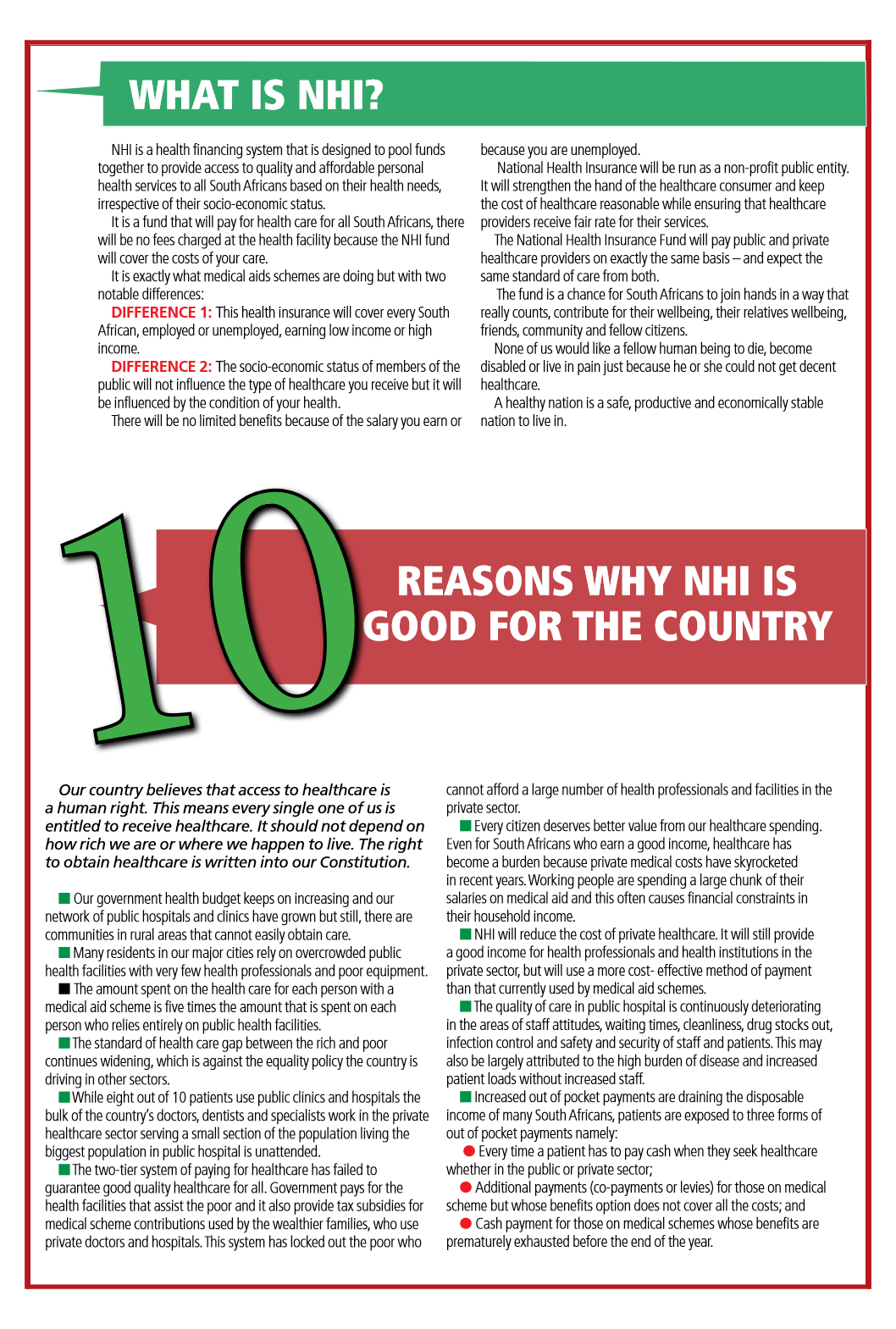 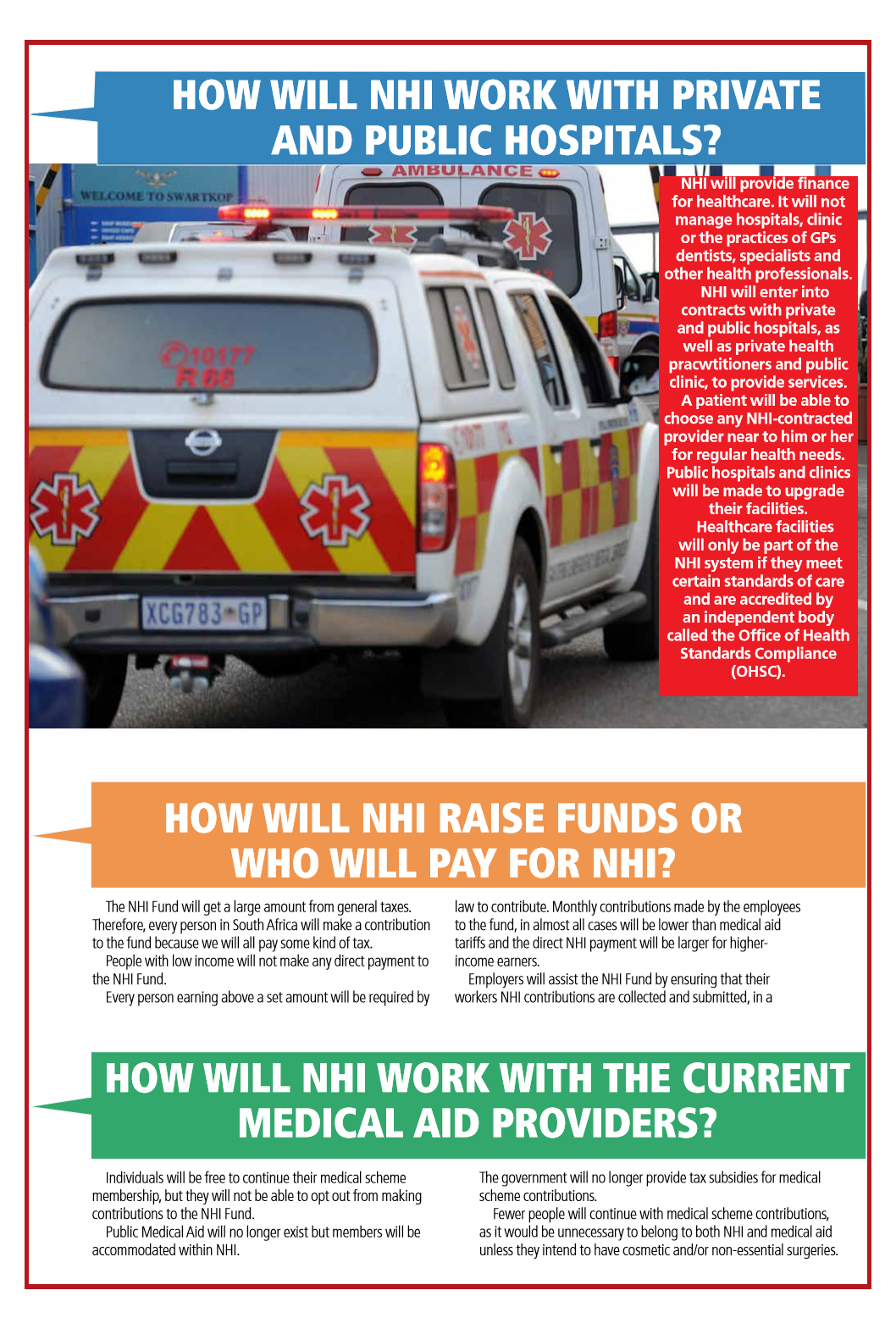 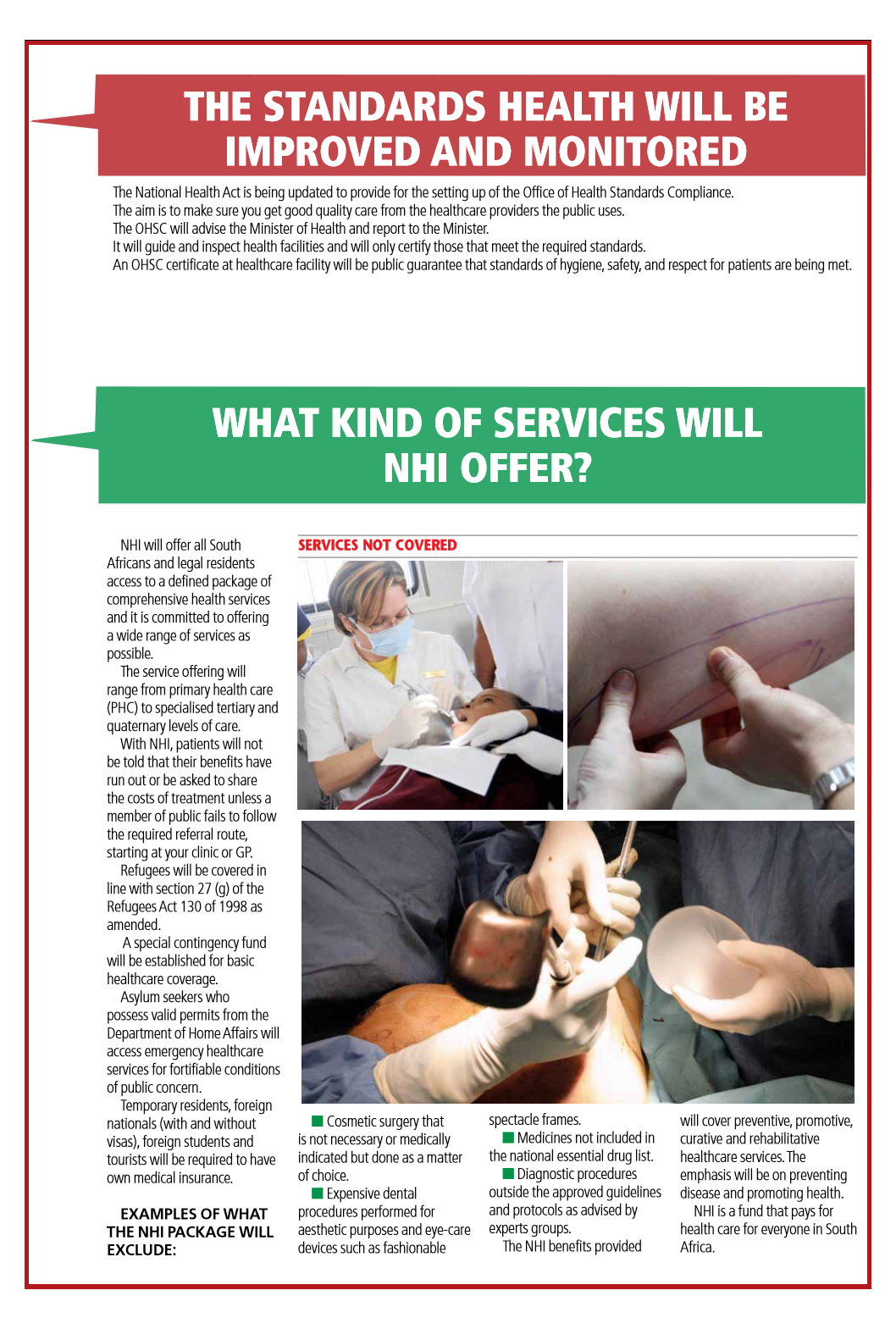 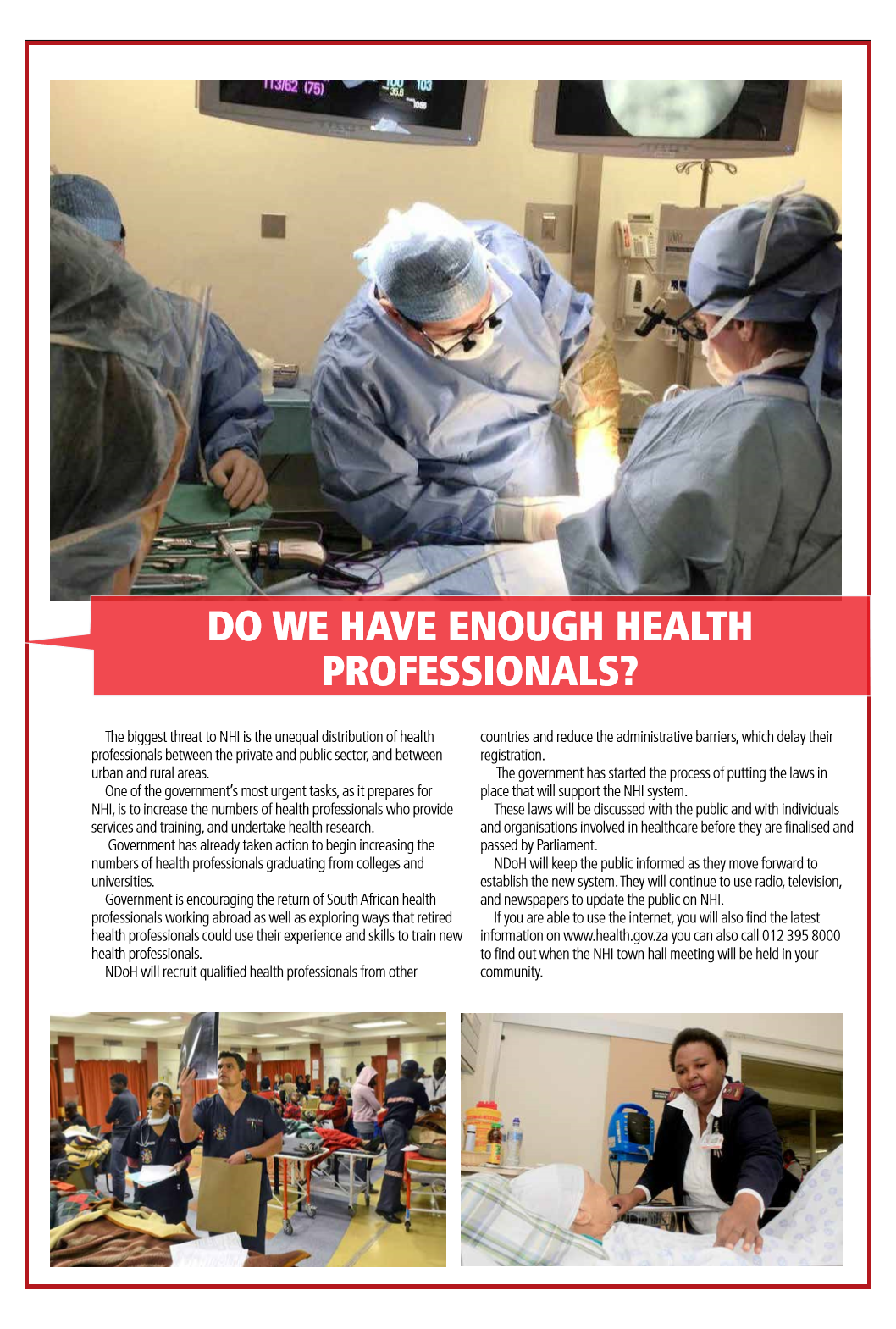 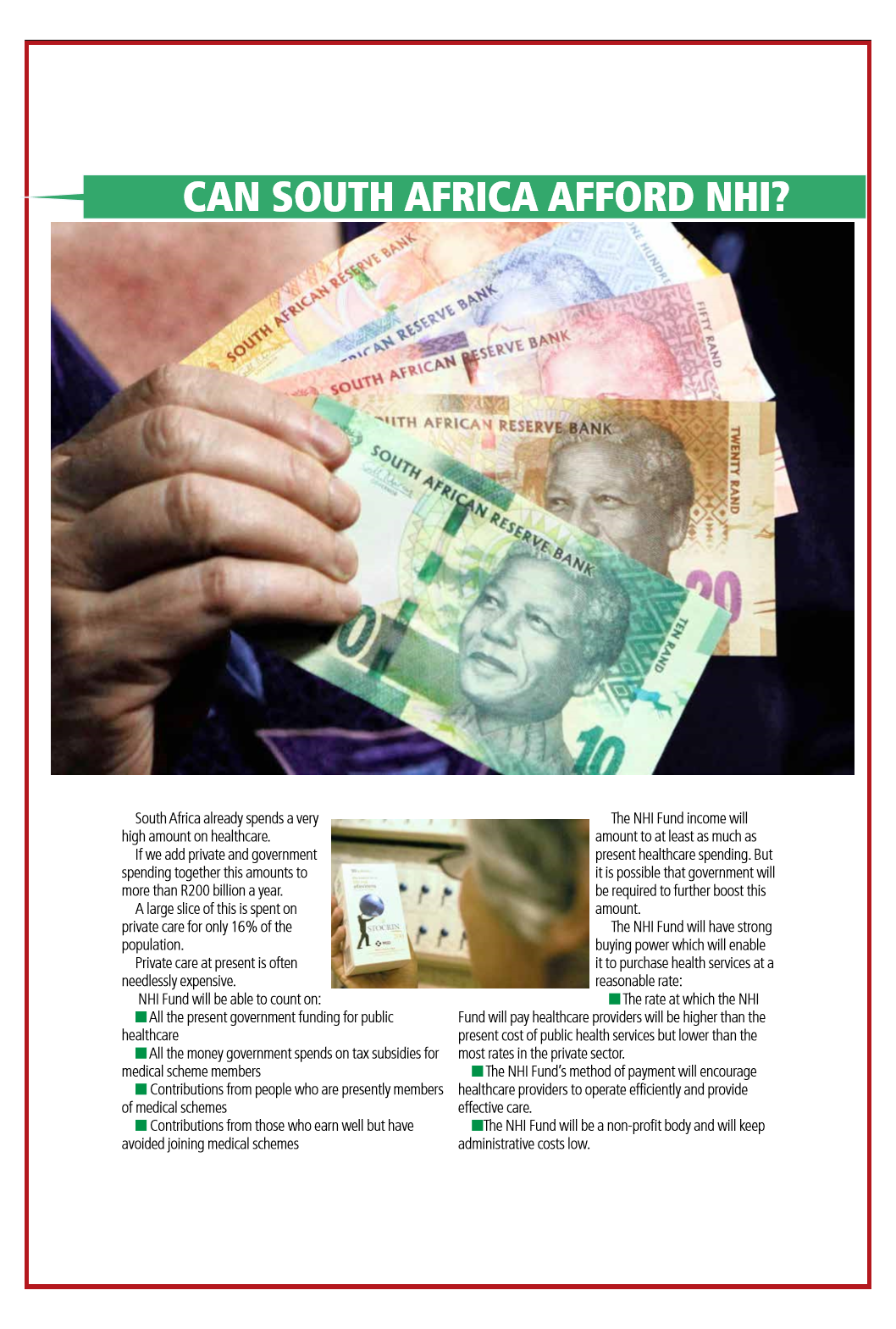 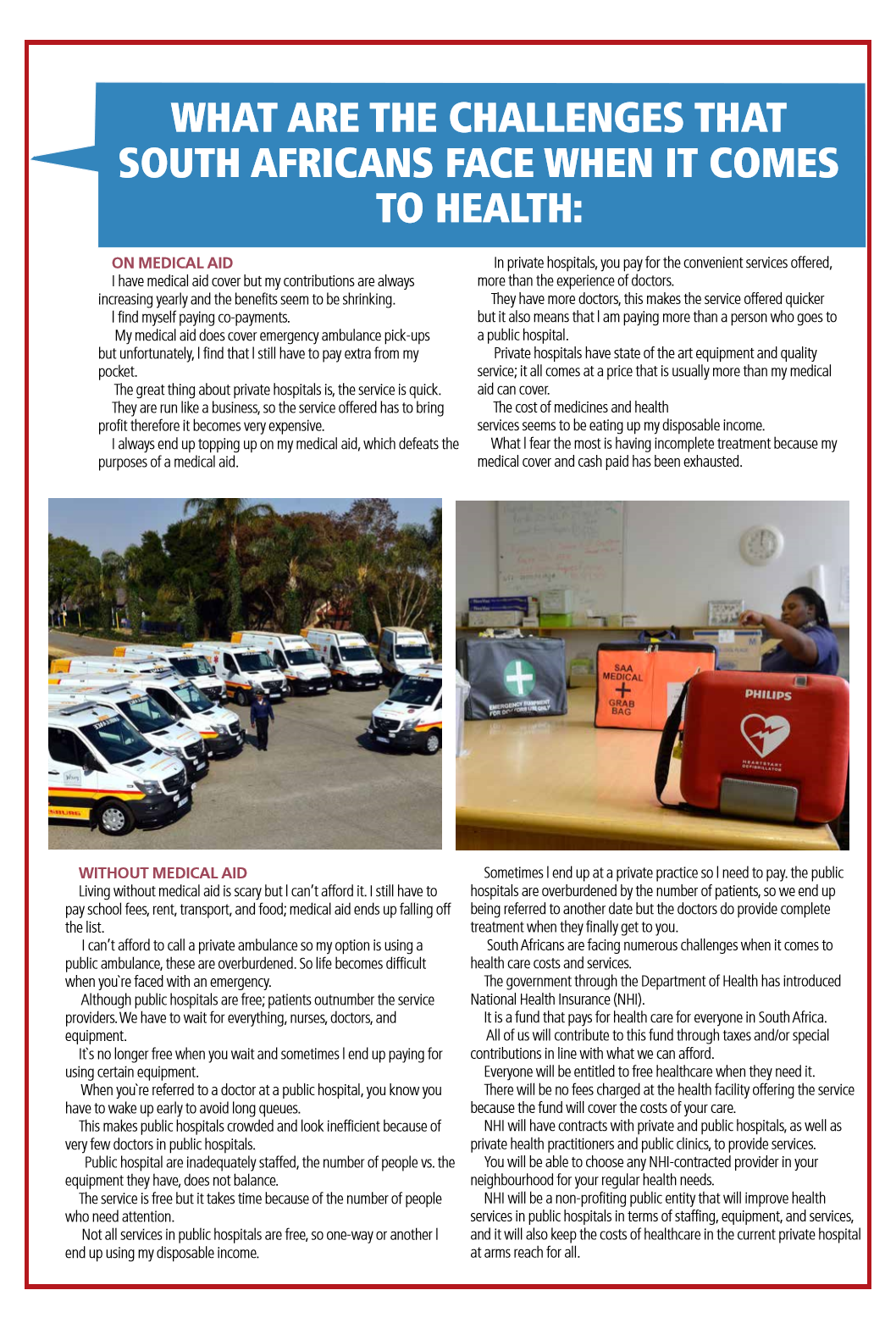 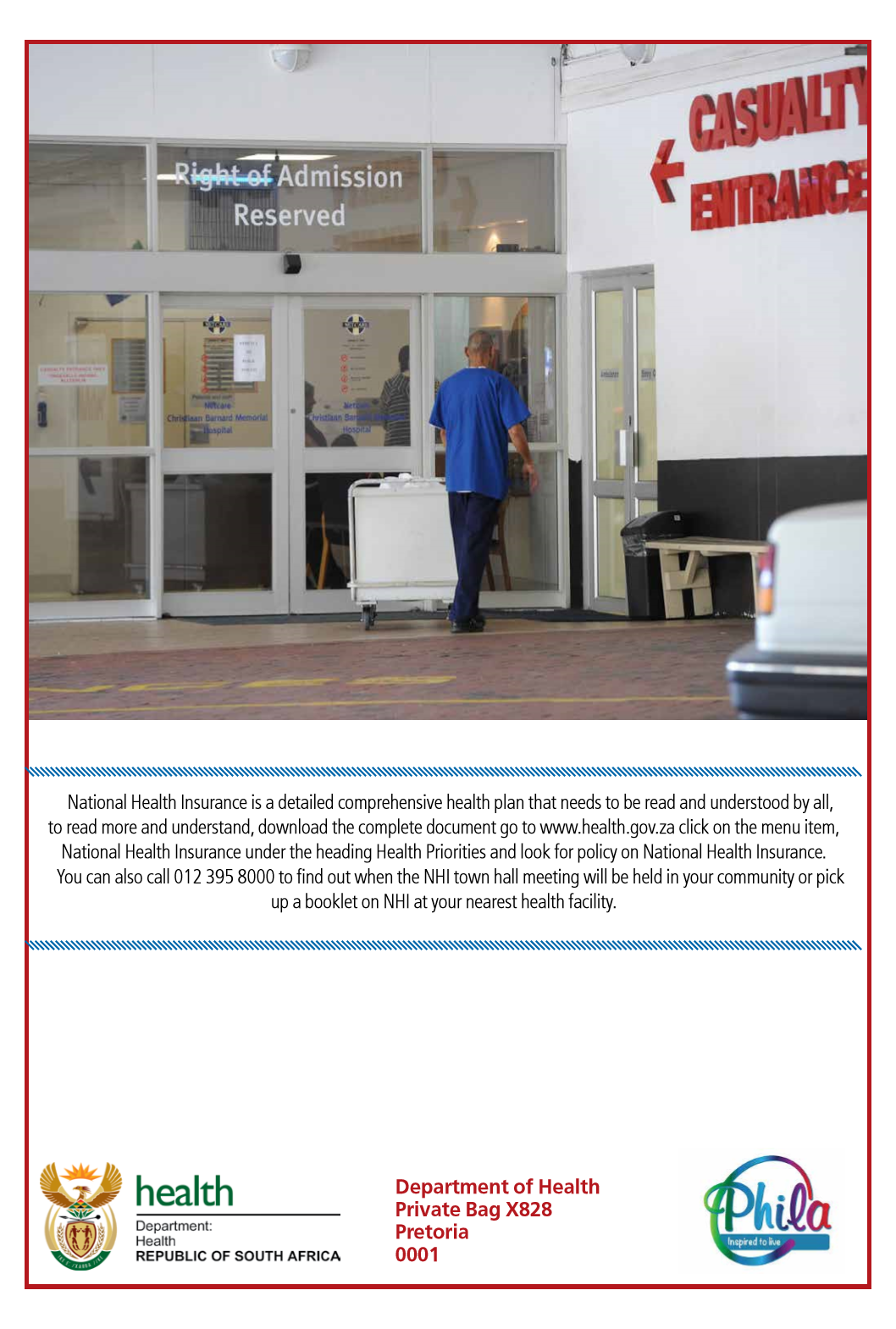 Guidance on obtaining consent of patients

Guidance on obtaining consent of patients

Council and the Professional Boards under its ambit has noted that the guideline provided to practitioners by Council in fulfilments of its mandate in terms of section 15A(h) of the Health Professions Act in August 2017 has caused confusion to practitioners in terms of the requirement of obtaining consent from patient to release their treatment records to the medical schemes. Council views the conduct by Medical schemes of using the HPCSA as a tool to threaten, coerce and harass practitioners into signing settlement agreements as unlawful.

Through this revised guide, Council wishes to clarify the issue of obtaining consent from patients as follows:

In terms of Regulation 15J(2) of the Medical Schemes Act Regulations, a medical scheme is entitled to access any treatment record held by a managed health care organization or health care provider and other information pertaining to the diagnosis, treatment and health status of the beneficiary in terms of a contract entered into pursuant to regulation 15A, but such information may not be disclosed to any other person without the express consent of the beneficiary. This entitlement is subject to the prescribed requirements for disclosure of confidential information in terms of section 14 and 15 of the National Health Act 61 of 2003 and Ethical Rules of Conduct for Practitioners registered under the Health Professions Act, 1974 as published under Government Notice R717 in Government Gazette 29079 of 4 August 2006. Practitioners are therefore required by law to disclose or release the treatment records of their patients to the medical scheme without having to obtain the written consent of their patients.

Section 34 of the Prevention and Combating of Corrupt Activities Act 12 of 2004 requires that anyone in position of authority or an entity (medical schemes, HPCSA, etc.) that suspects or has knowledge that a practitioner has been involved in a fraudulent activity that involves an amount of R100 000 or more to report such knowledge or suspicion to the South African Police Services. Failure of such a person or entity to comply with this provision of law constitutes an offence under the Act mentioned above.

Practitioners are advised that those found guilty of unprofessional conduct involving fraud amounting to R100 000 or more will not only be subjected to penalties imposed in terms of Section 41 of the Health Professions Act but Council will also report such practitioners to SAPS in terms of the Prevention and Combating of Corrupt Activities Act.

The question is: How does the medical scheme recover such an amount?
a. by deducting such amount from any benefit payable to the health practitioner. Council advises practitioners that the agreements they reach with the medical schemes should be as prescribed in terms of this section of the Medical Schemes Act.
Or
b. Through any other lawful arrangement made with a practitioner to reimburse the scheme.

The payment arrangements between practitioners and the scheme are legally binding if they are lawful. An example of an unlawful agreement is one which is reached with a condition that the medical scheme will not report a practitioner to any organ of state, including the HPCSA on a matter that such an organ of state has jurisdiction over. Although Medical Schemes may exercise their choice in terms of reporting unprofessional conduct to the HPCSA, they have a duty in terms of common law and section 66 of the Medical Schemes Act to report practitioners to the HPCSA.

Withholding of claims due to practitioners by medical schemes

Council and the Professional Boards under its ambit do not condone any form of fraud and as a result, the investigation of complaints of alleged fraud by practitioners registered under the Act has been intensified to fulfil Council and the Professional Boards’ function of maintaining and enhancing the dignity of the relevant health professions and the integrity of the persons practicing such professions.

Bleeding gums: What it means and why smokers need to be extra careful!

Did you know that 80% of all teeth lost in the mouth is due to gum disease? Scary stuff if you consider that bleeding gums are the first sign of gum disease.

But there’s a silver lining to this shocker. “The dental field is lucky as we know exactly what the cause of oral diseases like tooth decay and gum disease are and that is plaque,” Angelique Kearney, president of the Oral Hygienist Association of South Africa, explains.

Why do gums bleed?

Healthy gums do not bleed! If you have bleeding gums when brushing or flossing your teeth, you have gingivitis or gum infection, according to Kearney. Although infection of the gum surrounding the tooth is the most common reason why gums bleed, there are other conditions that can also cause bleeding gums.

“Recent research supports the findings that bleeding gums and an unhealthy mouth has a link with uncontrolled diabetes, high blood pressure, premature birth weight of babies and cholesterol,” Kearney says.

According to Dr Welgemoed, a professional dentist at Longbeach Dental Noordhoek, other reasons for bleeding gums can include:

What can happen if bleeding gums stay untreated?

If gingivitis is not treated, the infection of the gums can spread to the bone surrounding the teeth. This is called periodontitis and is more difficult to treat. Untreated periodontitis leads to bone loss around the teeth, resulting in teeth getting mobile or loose which in turn leads to the early loss of healthy teeth, according to Dr Welgemoed.

Why smokers are at risk of periodontal disease

“Patients who smoke don`t usually experience bleeding gums because of the constriction of the blood vessels of the gums due to the heat,” explains Kearney, who is also an associate lecturer at Wits University. However, that doesn’t mean smokers have dodged the bullet of gum disease.

On the contrary, smokers are at a very high risk of developing periodontal disease, according to Kearney. Without experiencing the symptom of bleeding gums, smokers need to regularly check the state of their teeth and gums to make sure they don’t have gingivitis.

How to treat bleeding gums

Prevention of gingivitis comes down to maintaining a basic, daily oral care routine of brushing twice a day, flossing once a day and rinsing with mouthwash. Adding an antiseptic mouthwash like to your routine twice daily can further reduce your risk of gum disease.

It’s also important to consult your dentist or oral hygienist when you notice any difference in the appearance of your gums. “Your oral hygienist can determine your plaque and bleeding index and help you to reduce the levels for optimal oral health,” says Dr Welgemoed.

“Whereas the general recommendation is for you to visit your dental professional every 6 months, it’s advisable that smokers and patients with periodontal disease make an appointment every 3 to 4 months,” Kearney advices.

Angelique Kearney and Dr Janel Welgemoed are both members of theDental Academy.

This post is sponsored by , produced by Brandstudio24 for Health24.

4 Things you're doing wrong when taking care of your teeth!

Brushing teeth is something we all (hopefully) do at least twice a day, but what if we’ve been brushing wrong all along?

Unfortunately, two wrongs don’t make a right in dental care and like Angelique Kearney, president of the Oral Hygienist Association of South Africa and a member of the Listerine Dental Academy, says, “You need to brush, floss and rinse with mouthwash ‘correctly’ for the best results.”

We spoke to Angelique Kearney, and Dr Janél Welgemoed, a professional dentist from Longbeach Dental Noordhoek, to find out what common mistakes people make when cleaning their mouth. Here are 4 things they highlighted:

The wrong brushing method
Using the incorrect method to brush your teeth can lead to plaque not being removed properly which in turn can escalate into - wait for it - gum and tooth disease! Things to look out for when brushing is how long, how often and how hard you brush your teeth. Brushing too long can lead to the damaging of gums and the thinning of the enamel while brushing too short can mean not all plaque gets removed from the teeth, according to Dr Welgemoed. Brushing for at least 2 minutes twice a day is recommended. What is the correct way to brush then? The best oral hygiene sequence protocol, as recommended by our experts, is to brush, floss, clean your tongue and rinse with mouthwash.

Not cleaning your whole mouth and tongue
Did you know that brushing alone only reaches 25% of your mouth? According to this research by Listerine, it means that most of your mouth stays untouched if you only brush. The tongue, for example, is a big surface that is covered with plaque bacteria. “Cleaning your tongue loosens all plaque bacteria from the tongue making it easier to remove by rinsing with a mouthwash,” says Dr Welgemoed. “Adding a mouthwash to your dental routine will have added benefits of helping remove plaque from hard to reach areas in your mouth and in-between your teeth,” adds Kearney.

To see what difference these common mistakes can make to your oral hygiene, CLICK AND DRAG YOUR MOUSE OR FINGER ACROSS THE INFOGRAPHIC BELOW TO REVEAL WHAT CLEANING 25%, 50% AND 100% REALLY LOOKS LIKE :

Using the incorrect dentalcare products.
A wide range of toothpaste and mouthwashes are available on the market but it’s important to choose products specifically for your oral and dental needs. Dr Welgemoed explains for example that someone with a high risk of developing cavities will use different toothpaste than someone with gum disease. Since brushing alone only removes 25% of the bacteria in your mouth according to Listerine, it’s important to choose the right mouthwash for your needs. “Dental mouthwashes prevent tooth decay and gum disease because the essential oils in the mouthwash kill plaque bacteria and remove bacteria effectively while rinsing,” Dr Welgemoed, who is also a member of the Listerine Dental Academy, says.

Your oral hygienist or dentist will be able to recommend the best products for you to keep your mouth healthy and disease free.

This content was sponsored by Listerine and produced by BrandStudio.24 for Health24